“Did Jesus Preach the Gospel?” 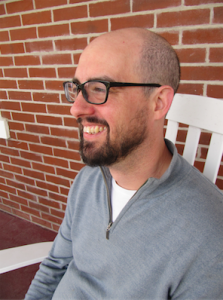 But, Yes, many do ask that. What they are asking almost always is if Jesus fits their theological system? As in, Was Jesus a Methodist, a Presbyterian, a Calvinist, or an Arminian? John Piper once asked if Jesus preached justification by faith, and it really did matter to him that Jesus came out on the right side of that one. Frankly, Piper’s question was going in the wrong direction for he was asking if Jesus fit (his) Paul’s paradigm. The question is if Paul fits Jesus’ paradigm.

What if we asked “Did Jesus preach or practice the Four Spiritual Laws?” That’s an odd question. No, Jesus didn’t and it matters that he didn’t. So, did Jesus preach the gospel? Matthew Bates, a professor and solid family man, in his new incisive study of faith called Salvation by Allegiance Alone: Rethinking Faith, Works, and the Gospel of Jesus the King, essentially clears the ground in order to show the gospel that Jesus actually preached. The implication is that we ought to line up with the gospel Jesus preached in our gospel preaching. Amen a few times over.

There are some rumblings from some concerned theologians about Bates. Those same concerned folks appreciated it when David Platt called out the SBC for the Sinner’s Prayer and when he called for Christians to be radical; they were concerned when Tullian declared his gospel of hyper-grace; they read with gusto a recent biography of Bonhoeffer because Tim Keller endorsed it. What drove those concerns is precisely what drives Bates’ fine book. Examine the Bible folks to see if this book is consistent with Scripture. Be Bereans, not partisans. What’s dangerous is not a faith that entails obedience but a faith that creates a (sometimes) Sunday morning pew-sitter, parsimonious giver, and pious-appearing Christian and little more. Don’t trust me, don’t trust Tom Schreiner, read the book for yourself.

Learn more about our Master’s or DMIN in New Testament

Another way of framing the question is to ask what the Gospels reveal about the gospel. (Notice that “G” and “g,” something far too many writers ignore and it’s a mistake. Big G for the books of the Bible, little g for the message itself.)

I begin with his thumbnail summary:

My point is simple: there is only one gospel, and just as in Paul’s Letters, it is the transformative story of how Jesus, who preexisted as Son of God, came to be enthroned as the universal king (47).

Jesus preached the gospel of the kingdom, the kingdom was the announcement of the launching of God’s rule in Jesus as the world’s true king. In his incarnate life…

Jesus had been chosen as Messiah, but as of yet he did not have a throne from which to rule; he had not yet been installed as the reigning monarch. We can compare the mighty King David to Jesus in this regard. David was anointed by Samuel as the new king, so he was the designated Messiah, but he did not begin to rule the enthroned Messiah until after his predecessor Saul committed suicide on the battlefield many years later (cf. 1 Sam. 16 with 2 Sam. 2) (50).

Matthew, Mark, Luke, and John i is the story of how Jesus the Son, who was chosen far in advance by God as the appointed Messiah, was anointed by God at his baptism as the designated Messiah, and then came to be the enthroned Messiah after his resurrection from the dead—the story of how the kingdom of God was made a concrete this-world reality when Jesus was installed as king and given authority to rule, uniting heaven and earth (50).

He makes a point I made in The King Jesus Gospel, namely, that the Gospels are called The Gospel because they are the gospel!

Matt Bates then goes right through each of the following themes, developed out of the famous essay by C.H. Dodd in his book The Apostolic Preaching, in each of the four Gospels:

Not only do the Gospels teach each of these themes, but so did Paul:

2Tim. 2:8    Remember Jesus Christ, raised from the dead, a descendant of David—that is my gospel…

Bates is right: that is the gospel.

Faith and repentance and baptism are entailments or responses to the gospel. As Bates points at Sproul, Piper and Schreiner:

For example, R. C. Sproul is typical inasmuch as he includes faith alone (or trust in Jesus’s imputed righteousness alone) over against meritorious works as part of the essential content of the gospel that must be believed for salvation. John Piper does the same. Meanwhile, Thomas Schreiner is more nuanced since he acknowledges that “faith alone” is not the gospel, but then he muddies things by saying it is “one element or entailment of the gospel’ and then proceeds to speak occasionally as if the gospel really is faith alone. While I agree with much that Piper and Schreiner have to say about righteousness in salvation (see chap. 8), I submit that some of these statements are imprecise, promoting confusion.

FREE EBOOK TO HELP YOU DECIDE IF SEMINARY IS RIGHT FOR YOU.

(Reposted with permission from Jesus Creed)

William D. Shiell  This month, 58 students graduated from Northern Seminary, ready to lead the church and engage the world. Over the last two years, we’ve graduated 120 students, the…