In the early 1960s the Board of Trustees voted to move the campus from West Washington Boulevard in Chicago to the edge of the suburban expansion taking place west of the city. An aggressive $400,000 campaign was initiated to buy land in a sprawling field on Butterfield Road west of Oak Brook. Northern secured a matching gift of $300,000 and other generous contributions provided the seminary with over $750,000 to purchase 60 acres of land from Bethany Seminary. The move was in progress. 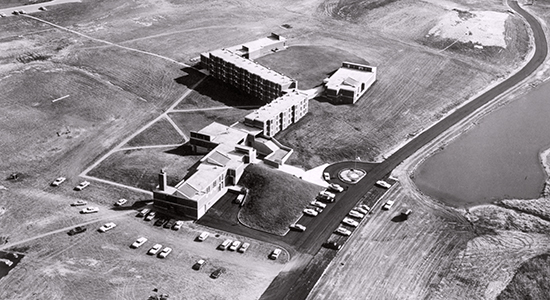 With President Koller’s retirement, the Trustees asked Benjamin P. Browne to serve as chief executive of the Seminary. Browne is inaugurated as President in March of 1962. Change is in the air and Dr. Browne will be a guiding force during a rapid period of change. The Chicago campus is sold and a Christian retirement community is developed on the West Washington location. The community had room for 400 residents.

The construction of the new campus on Butterfield proceeds at incredible speed. Within 15 months five new buildings sprout up and a new administration building, library, class room facility, and two apartment buildings are ready for the arrival of students! In September of 1963 a dedication ceremony is held on the new campus and over 3,000 attend the ceremony with the Rev. Billy Graham providing the key note address. Pictures of the event show students leaning out of apartment windows to gain a better view of the event. Northern was on the move again and for the first time since Byrne Hall in 1920, Northern Seminary had a new home.

Accreditation concerns motivated the Trustees to separate Northern’s undergraduate and graduate divisions of study. As a result, Judson College is birthed on the Fox River in Elgin. The two institutions will share a budget until 1965 when both become independent of one another. From this time forward Northern Seminary will be focused on Graduate level education.

Soon after the move President Browne resigns and Bryan F. Archibald is named as Northern’s new President. Under his leadership several key events are celebrated on campus. Archibald invests his time raising friends and funds for Northern and the seminary shows a budget surplus soon after his arrival. Accreditation is continued by the North Central Association in 1966. North Central Accreditation, a strong fiscal position, and the addition of several capable, scholarly faculty members pave the way for the long awaited goal that had eluded Northern. In January of 1969 Northern becomes a member, for the first time, of the American Association of Theological Schools! Northern’s footing is stable. The future looks bright and there is good news to be celebrated at the new Lombard campus. President Archibald resigns after leading Northern through an adventurous time.

Dr. William R. Myers is named the next President in 1975. Within a few short years a major building campaign results in Lindner Towers on campus. Other campus renovations take place. The first Doctor of Ministry Program is launched in 1978. Northern strengthens its library by merging libraries with Bethany Seminary. Financial resources increase and the student population doubles between 1975 and 1985. Northern moves into the future and new opportunities are on the horizon. 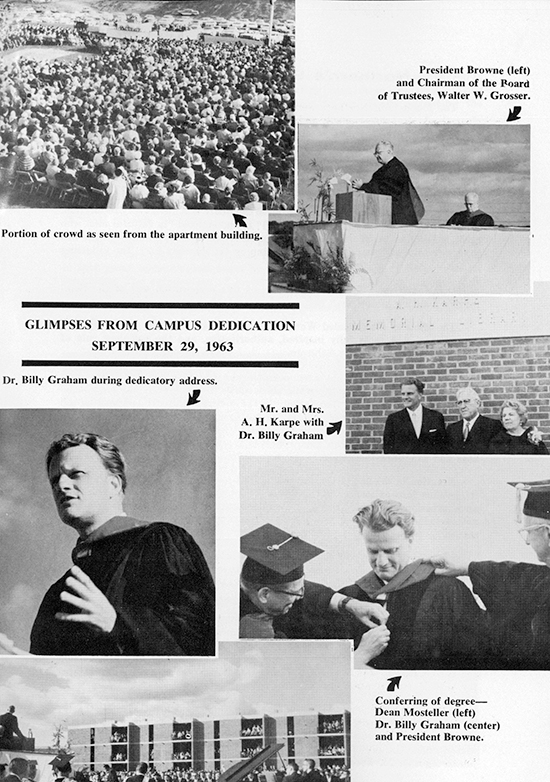 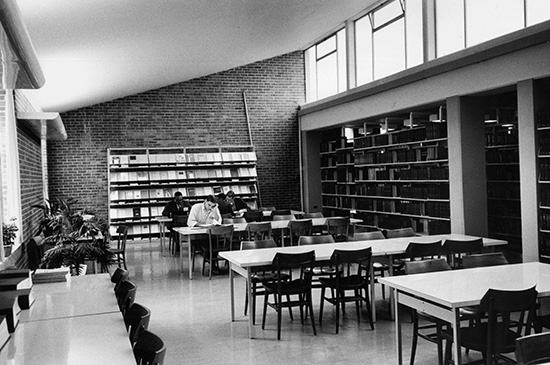 Graduation Ceremony from the 1960’s